Ostaszewski named Connecticut Strength and Conditioning Coach of the Year 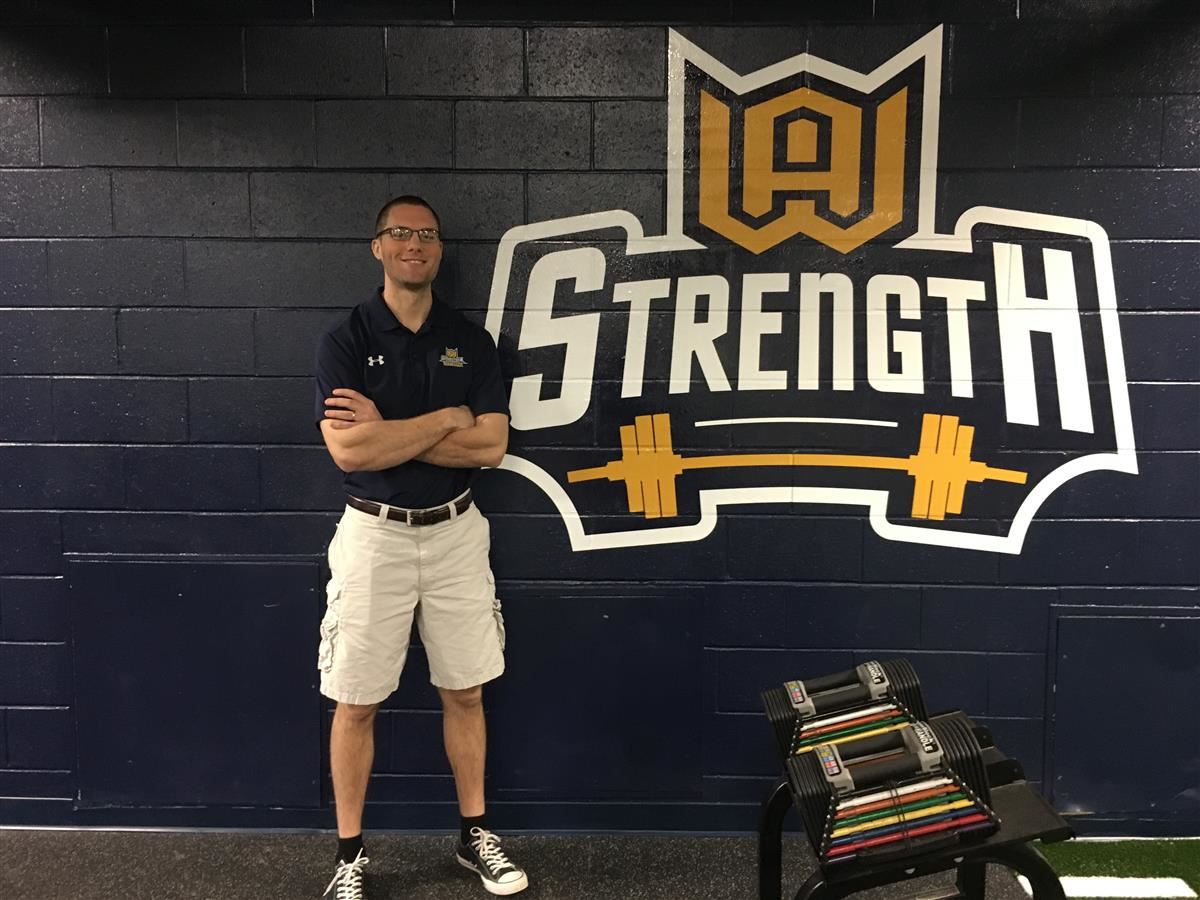 Standing in the new strength room at The Woodstock Academy, strength and conditioning coach Brenden Ostaszewski was all smiles on Tuesday.

Just the weekend before, he had learned he had been named the Connecticut High School Strength and Conditioning Coach of the Year.

Both The Connecticut state director and the regional director of the National High School Strength Coaches Association had nominated him for the award.

“It’s a great honor,” Ostazewski said. “I couldn’t be here without the help of the (Woodstock Academy) administration, the support that the donors have provided for us for the new strength and conditioning weight room, and the student athletes who come in here and work every day.”

Ostaszewski came aboard at The Academy in the fall of 2017 and has quickly raised the level of fitness for student-athletes from the freshman class through the prep basketball program.

He played basketball for a year at Keystone College, a Division III school in Northeastern Pennsylvania, but realized his true calling was in athletic conditioning. He transferred to Temple University where he studied Exercise in Sports Science and Kinesiology.

He took a job at a Philadelphia Catholic School as a physical education teacher but continued to work with collegiate athletes at Temple and the University of Pennsylvania.

Ostaszewski, through his contacts at the colleges, met a friend of former Woodstock Academy prep basketball coach Tony Bergeron who told him about the need for a strength and conditioning coach at the school.

Ostaszewski packed his bags and came out to the countryside, much to the delight of his Woodstock Academy colleagues.

The National High School Strength Coaches Association hasn’t been in existence for long.

It came together in 2016 as more schools across the country began to realize the need for such training at the high school level.

Ostaszewski has since been joined by Jeff Higgins at The Academy and the two work with a growing number of student-athletes in the new training facility which opened in November.

“Coach Higgins has helped us a lot and has allowed us to reach more students. The new space is great. We can fit more student-athletes here,” Ostaszewski said.

He said there is always room for more.

He would like to see some of the training equipment offerings expanded because of the larger number of student-athletes utilizing it.

“We have some room for improvement in that area and we’re also researching some new ways with technology to access all the analytical data to track progress. Hopefully, we will be able to step into that realm and provide student-athletes with a better experience,” Ostaszewski said.