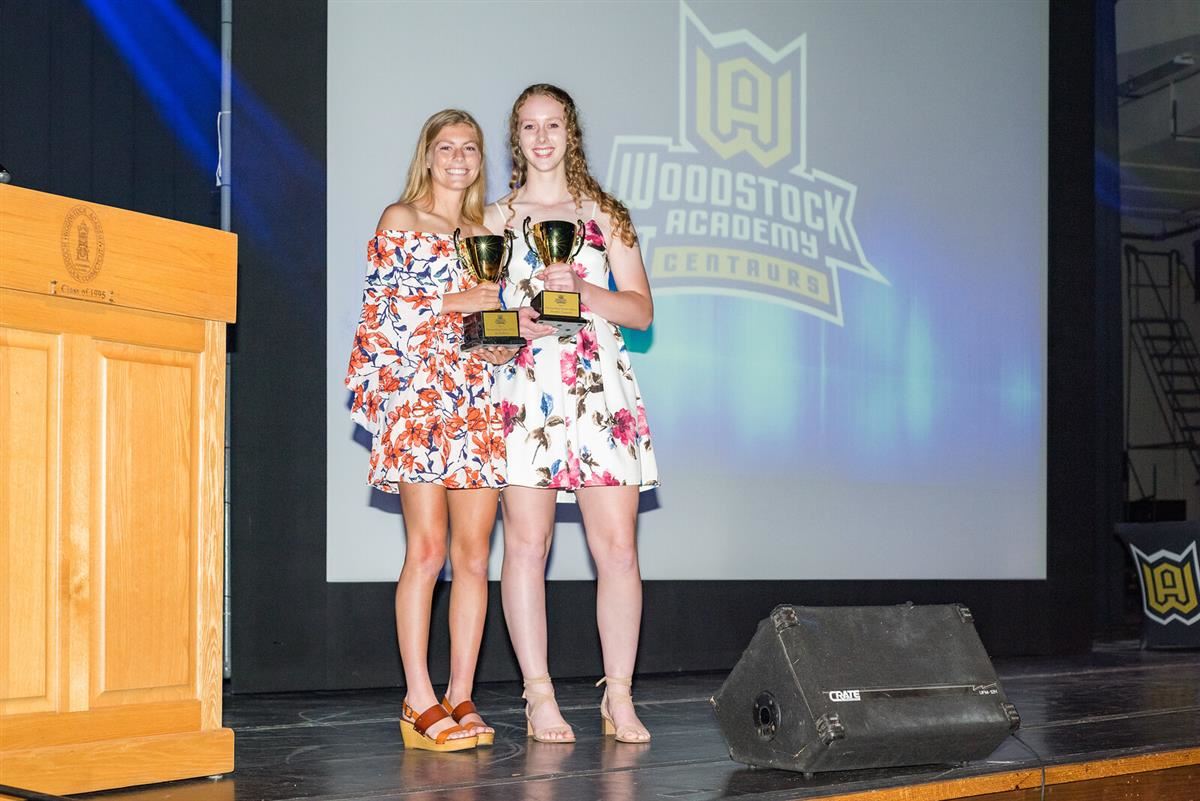 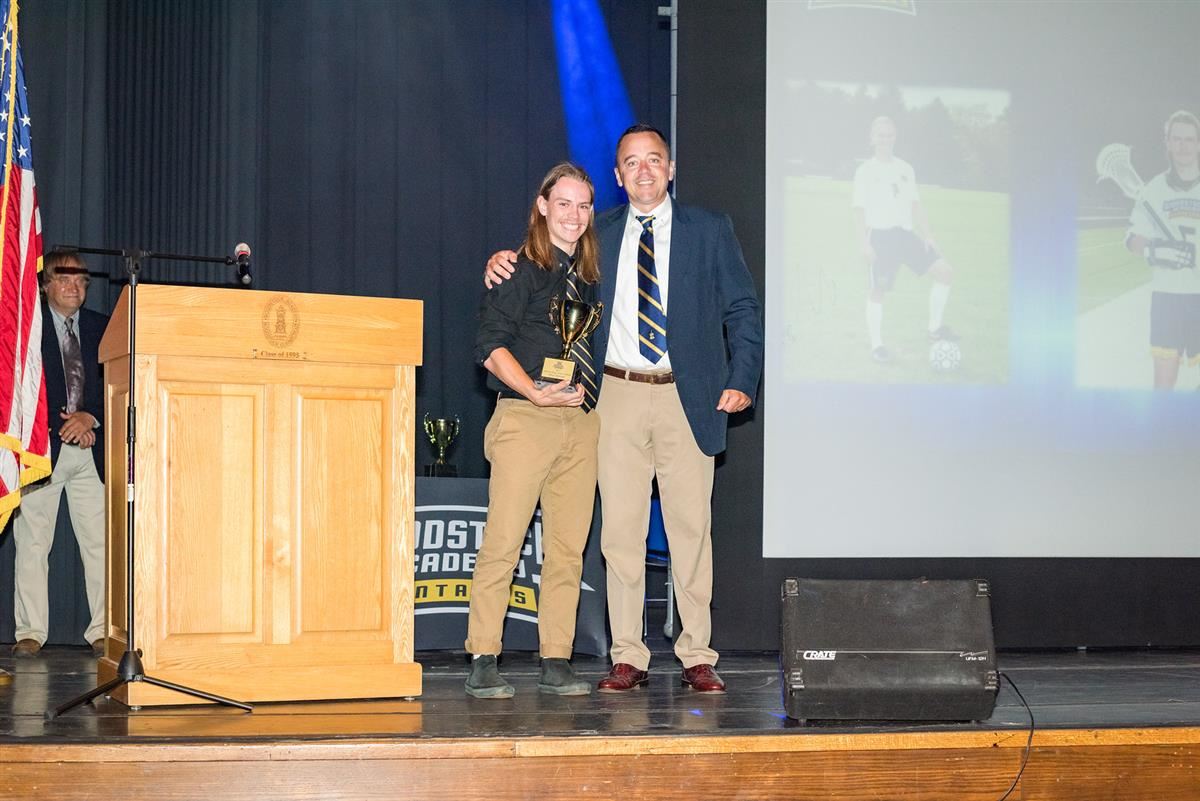 The annual Senior Awards Night was held on Sunday at the Loos Center for the Arts on The Woodstock Academy campus.

Ethan Holcomb, who is heading to Keene State where he will be a member of the Men’s lacrosse team, was named the Most Outstanding Male Senior Athlete.

Holcomb was a member of the soccer and lacrosse programs in all four years at Woodstock Academy.

This past season, he led the team to an Eastern Connecticut Conference boys soccer tournament championship with 11 goals and four assists.

He scored the game-winning goal in a 2-1 win over Stonington in the ECC boys soccer semifinal match.

Holcomb went to on to finish with 57 points (28 goals, 29 assists) in the lacrosse season. He helped the team back to the .500 mark at 8-8 for the regular season and also helped it qualify for the state tournament for the first time since 2016.

Both were three-sport, three-season athletes in all four of their years at The Academy.

The two were teammates in the fall on the soccer team.

Converse also played basketball and softball while Gelhaus switched from basketball to indoor track and in the spring played lacrosse.

This past season, Converse scored the game-winning goal with 52 seconds left in regulation in a 1-0 win over Plainfield in the Eastern Connecticut Conference girls soccer tournament championship match.

Converse was also given the Most Memorable Play Award on Sunday for her last-minute heroics in that match.

It was the first goal of the fullback’s high school career, but not her last.

She also scored in the Centaurs’ loss to Daniel Hand in a second round Class L state tournament match.

Converse went on to lead the girls basketball team with a 12.2 point per game average, 209 rebounds and 22 blocks. She was second on the team in assists (35) and steals (40).

The senior started a little slow on the softball field but it was understandable since she hadn’t faced live pitching in a year due to her commitment to the other sports.

She finished well, however, and led the team in runs batted in (25) and triples (4).

She was second on the team in batting average with a .407 mark.

Gelhaus was the sniper on the soccer pitch for the Centaurs.

She attacked opposing defenses who could rarely cope with her speed.

She finished with a team-best 19 goals and added five assists.

On the track, Gelhaus finished fourth in the Eastern Connecticut Conference Division I indoor championship meet in the 600 and was also a member of the sprint medley team that also brought home a fourth-place finish.

Gelhaus qualified for the Class L indoor track state championship and barely missed qualifying for the State Open by one second when she put together a personal-best time of 1:46.19 in the 600. It netted her a fifth-place finish in the Class L championship.

Gelhaus was a key reason why the Centaurs beat East Lyme for a first time in the history of the girls lacrosse program at home on April 27.

She scored two goals early in the second half of that game that gave the Centaurs a three-goal lead and they held on for the 5-4 win.

Gelhaus finished with 60 goals and nine assists on the season for Woodstock Academy. 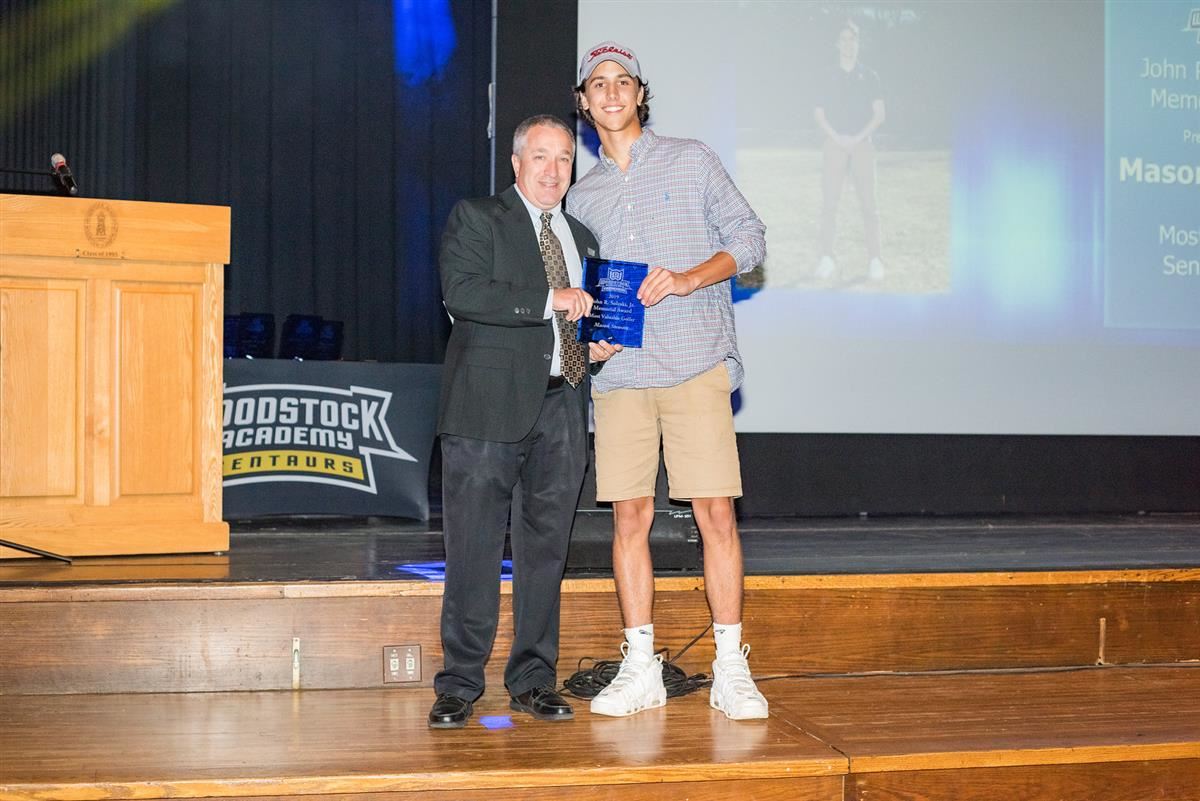 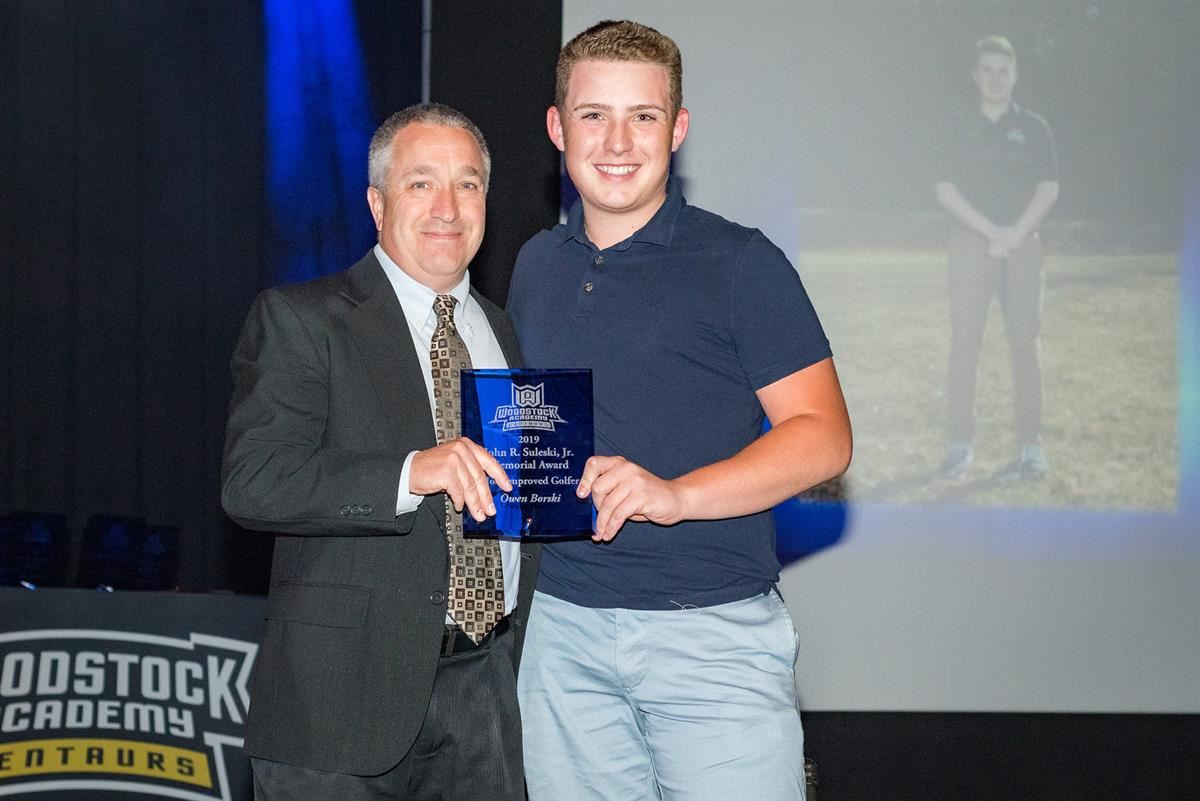 The Bertrand Golf Award, significant of the golfer who shows uncommon determination and dedication to make the most of his/her ability, was given to Katherine Harrington.

The Cliff Spellman tennis sportsmanship award was given to Matt Tiffany.

The Alfred C. Warren soccer sportsmanship awards, given to senior players who show a true love for the game, went to to Ashleigh Angle and Holcomb. 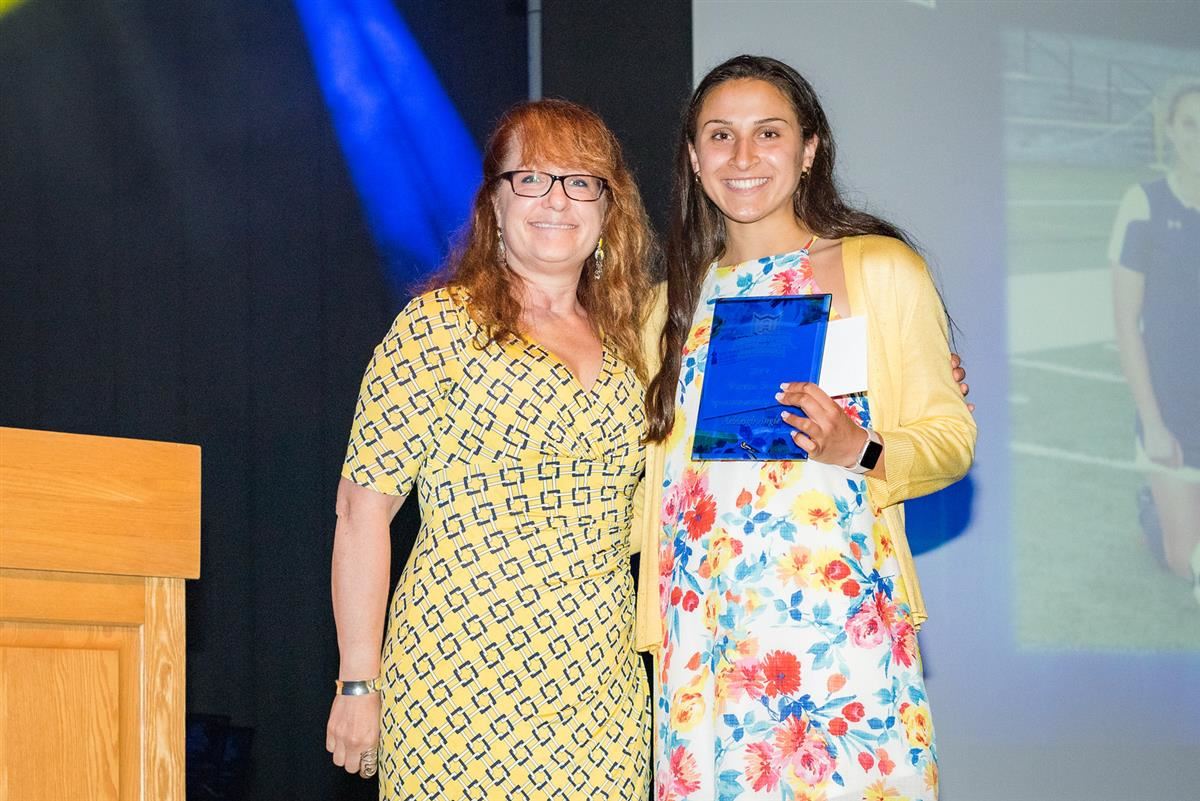 The Marvin M. Sherman Award given to a senior male athlete who has displayed a high level of sportsmanship, character, desire and determination both on and off the field was won by Eric Preston.

The Evelyn and Arthur Weinmann Award given to the senior athlete who has done the most for the athletic department and has exemplified the spirit of athletics at Woodstock Academy went to Arielle Johnson.

The Hannah Green Memorial Award, named in honor of the former Woodstock Academy athlete who lost a courageous battle with cancer at the age of 23, and given to a senior who has demonstrated sportsmanship, character, desire and determination, went to Sammie Orlowski.

The Centaur award, given to one male and one female athlete, who through their actions, words and deeds truly represents what it means to represent Woodstock Academy as an athlete went to Luke Mathewson and Maddie Grube.

The first-ever Woodstock Academy Athletic Director awards, given to the, sometimes, unsung athletes who don’t always receive the headlines went to Aislin Tracey and Emma Ciquera.

Lydia Taft, who had to sit out most of her junior season in gymnastics due to back issues, received the Comeback Player of the Year award. Taft finished second to teammate Jenna Davidson in the Eastern Connecticut Conference championship and also played a key role in the Centaurs winning both the Class S and State Open gymnastics championships.

Kathleen Johnson, who guided the Centaurs girls lacrosse team to its first-ever win over East Lyme and its first Eastern Connecticut Conference tournament championship was named The Woodstock Academy Boosters Club Coach of the Year.

Emma Ciquera was the female recipient of the Most Outstanding Performance in a game award for her three goal, one assist, Most Valuable Player effort in the ECC girls lacrosse championship win over Stonington.

Tre Mitchell was Ciquera’s male counterpart for his 24-point, 12-rebound effort against Brewster Academy this past season.

There were also two community awards given out at the ceremony.

The Centaur Person of the Year Award, for a second consecutive year, was given to two people.

The award is given to an individual who does not seek attention for their contribution to the Woodstock Academy athletic program but delivers an important contribution.

Assistant athletic director Trent Peters and Theresa Faford, a bus driver for many traveling athletic teams, were honored with the award. 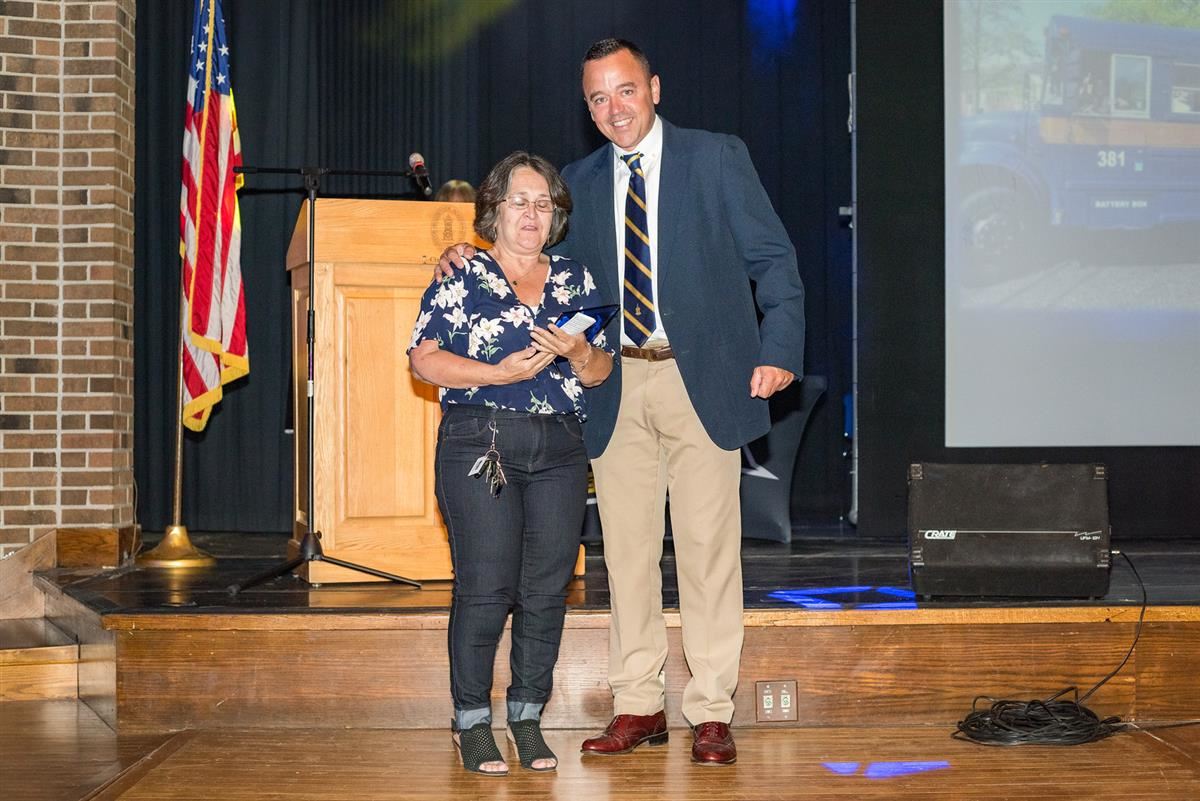 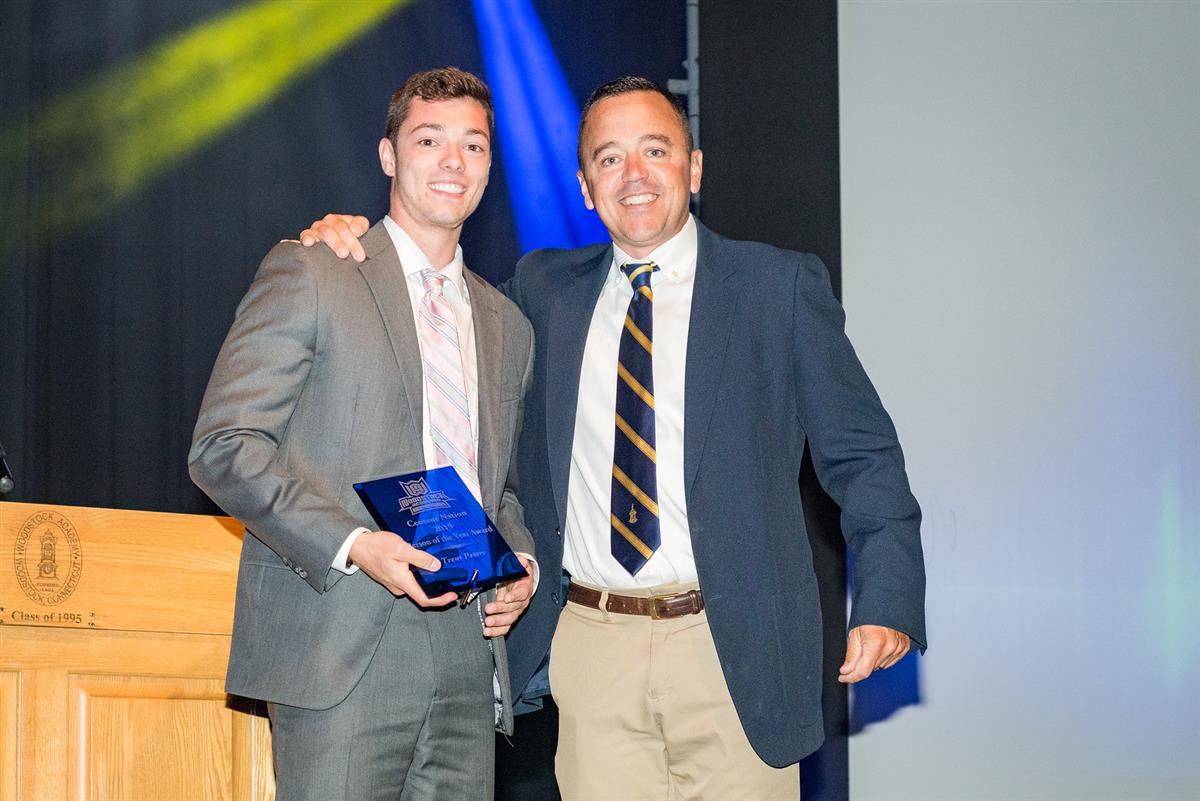 The Centaur Nation Media Award was given to Linda Lemmon, the editor and publisher of the Putnam Town Crier newspaper for her unwavering support of Woodstock Academy athletics. 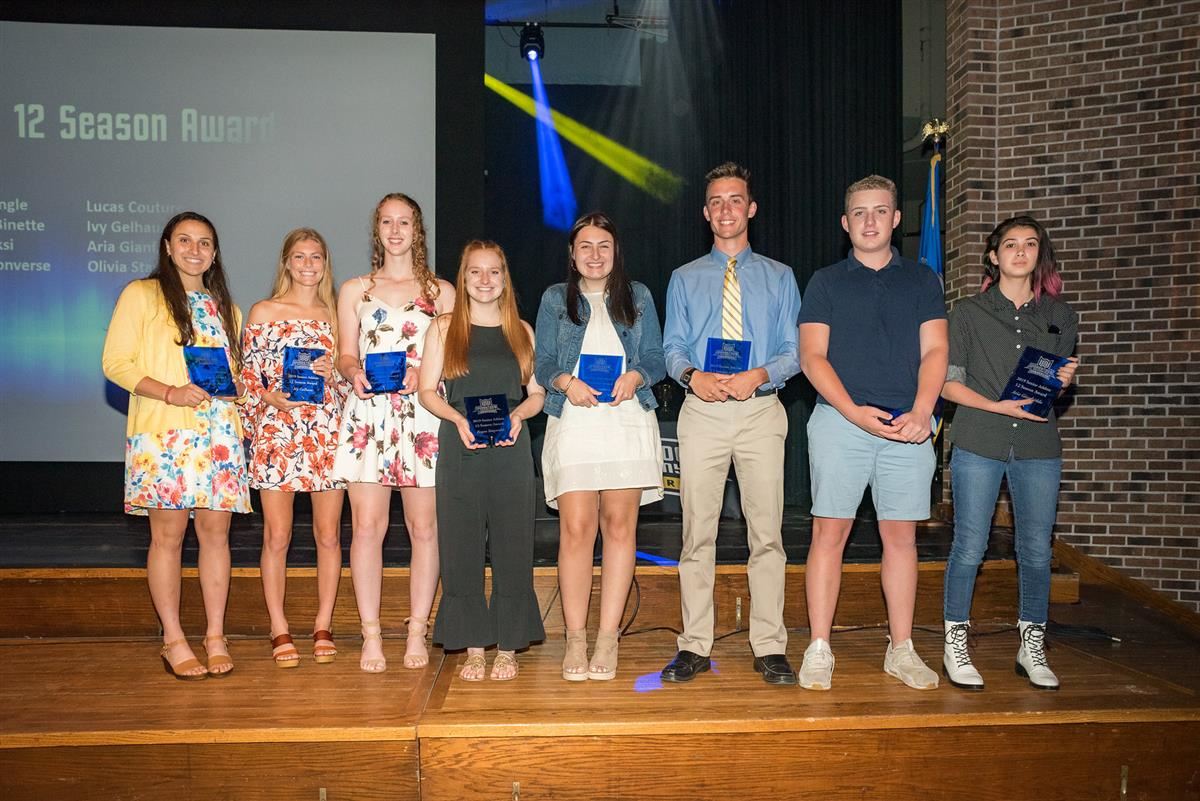 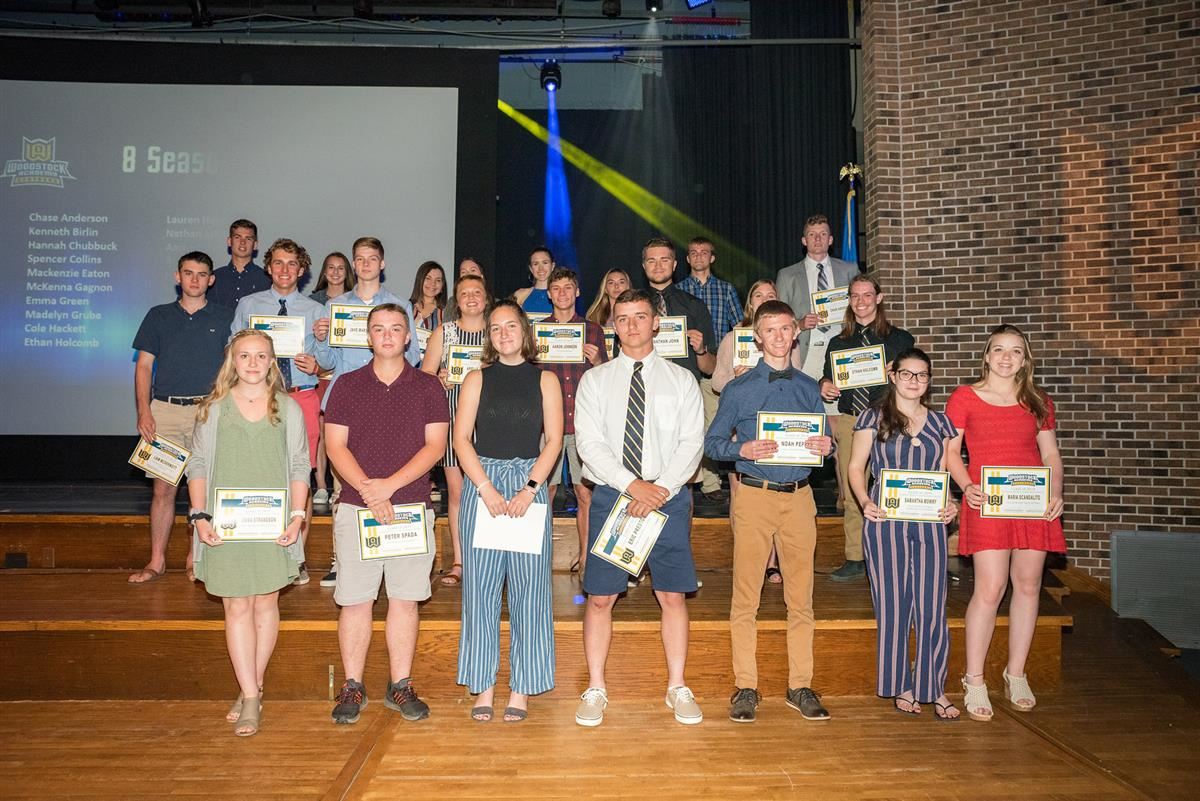 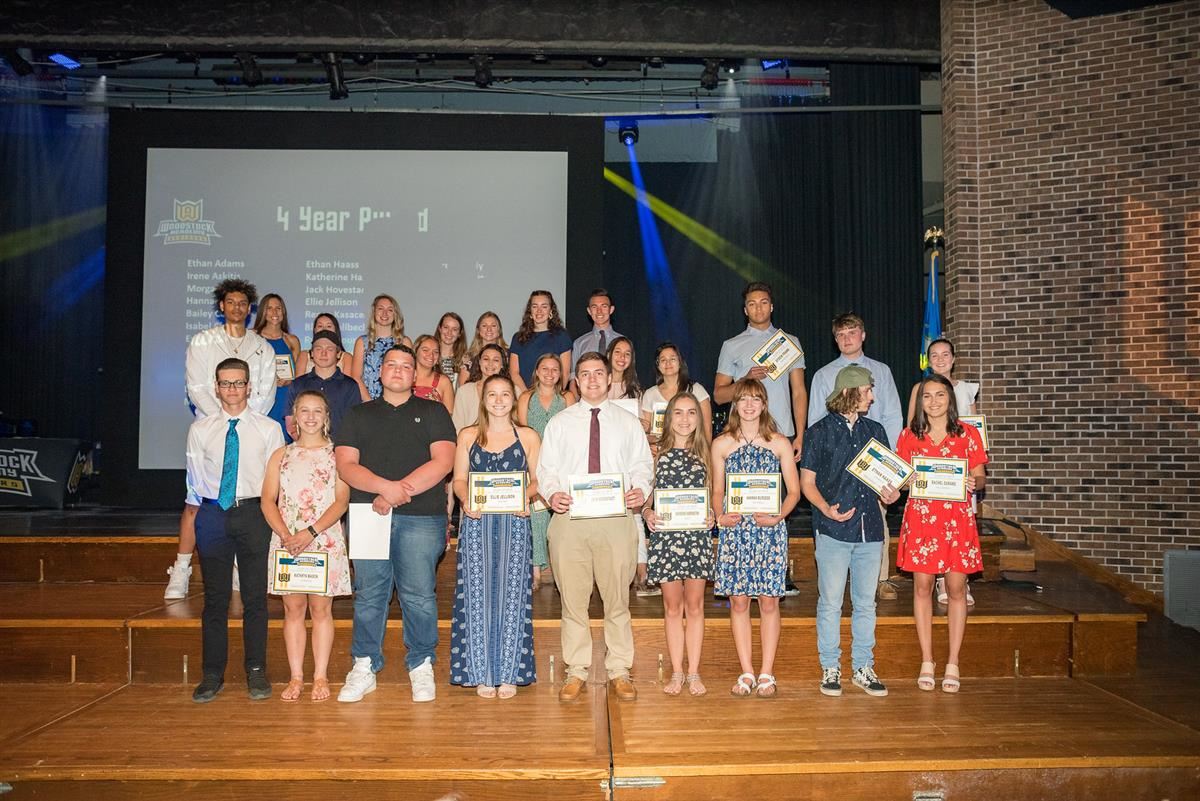 The spring sports award ceremony will take place on Monday, June 10 at 5:30 p.m. in the Loos Center for the Arts.