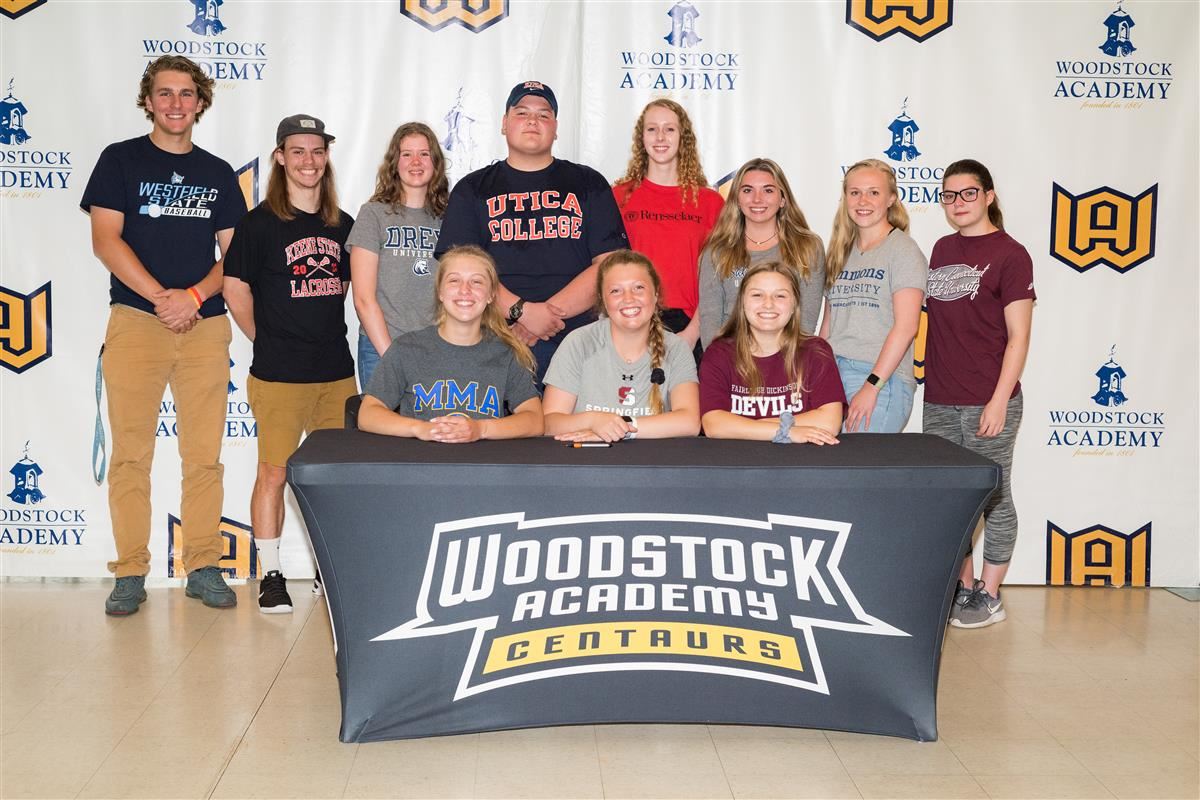 The thought was the same among the 12 senior student-athletes who took part in the Division III Celebratory Signing Day program at The Woodstock Academy Thursday.

They get to continue to play the sport they love at the next level.

Parents, coaches, teammates and friends all took part in the event which was held inside the dining hall on the North Campus.

Some tears were shed and many thanks given to those who helped the seniors achieve their goal of getting a chance to participate in college athletics.

“Think about how extra hard you worked in practice, how you helped your coach, got good grades, were nice to the freshmen and went the extra mile and were such a distinguished individual that coaches at the college level considered you,” Woodstock Academy Associate Head of School Holly Singleton told the gathering. “While you may think, sometimes, that we celebrate Division I and II athletes with different signings maybe because they get money and maybe they are more special but I have a preference for the Division III athlete. You have to be more dedicated because there is no incentive to do it other than your love for the sport and the camaraderie.”

For Heather Converse, it was a chance to follow in the family tradition.

Their sister is going just a bit further away.

“I’m following in their footsteps,” Converse said with a smile. “I really wanted to play basketball but my top priority is academics. I really want to major in engineering so I had a choice between RPI and WPI, both solid schools. It was a pretty tough decision for me but the coach at RPI (John Greene) came to a lot of my games and I just made a good connection with the team and everyone there. I felt really comfortable on campus.” 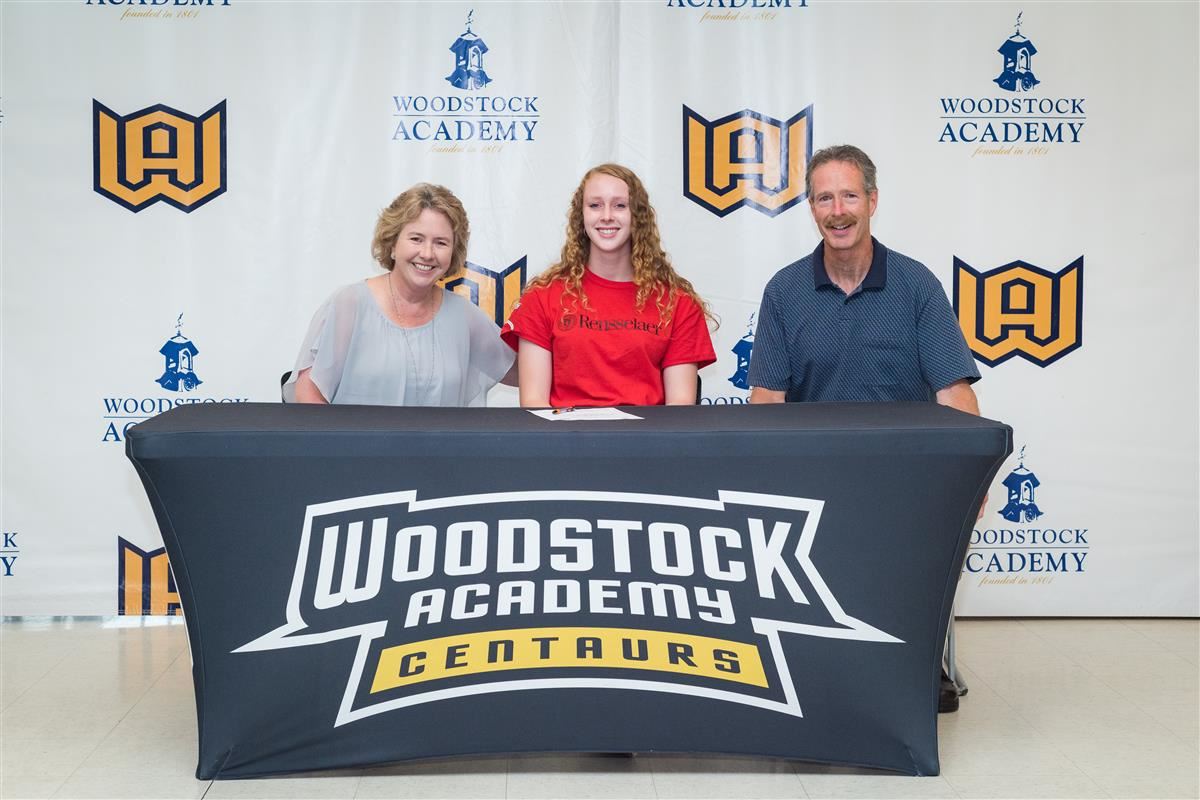 Sophia McGee didn’t have a chance to compete in interscholastic athletics at Woodstock Academy since the fencing program is just a club activity.

“I have to travel quite far. I train in Providence,” McGee said.

But she did get a different type of experience at The Academy.

She was one of the coaches for the club team.

“It’s really nice because I get to show people what I actually do in my sport and it’s kind of nice to give back to the community, too,” McGee said.

McGee will continue her fencing endeavors at Drew University in Madison, N.J. 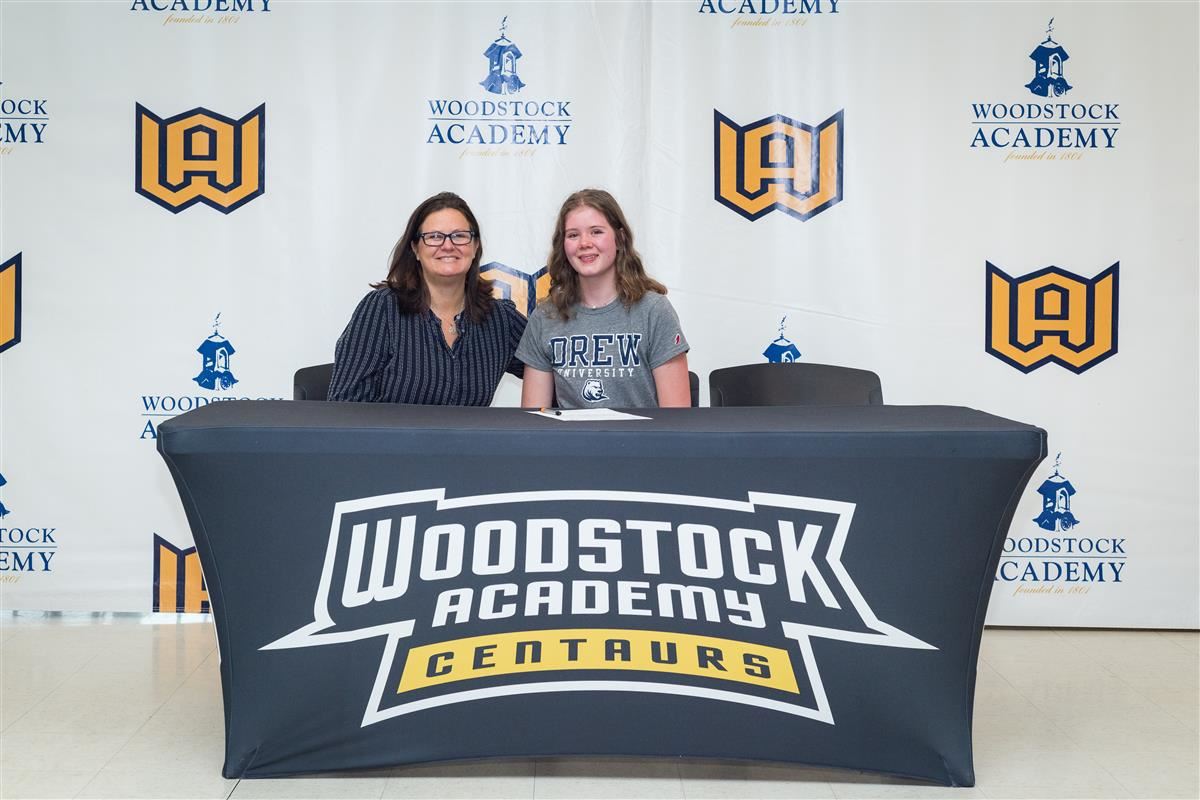 Three members of The Woodstock Academy girls lacrosse team will move on to play the sport at the college level.

“It’s awesome that Katie (Mason) never played lacrosse until she got to Woodstock Academy and it shows that you can be new at something, and put the work in and accomplish great things,” Woodstock Academy girls lacrosse coach Kathleen Johnson said.

Ciquera became the first Centaurs’ girls lacrosse player to receive All-State honors when she was made a second team Class M selection.

Arielle Johnson, Kathleen’s daughter, overcame health issues to become a solid player at attack for Woodstock Academy and will go on to play the sport at her Mom’s alma mater. 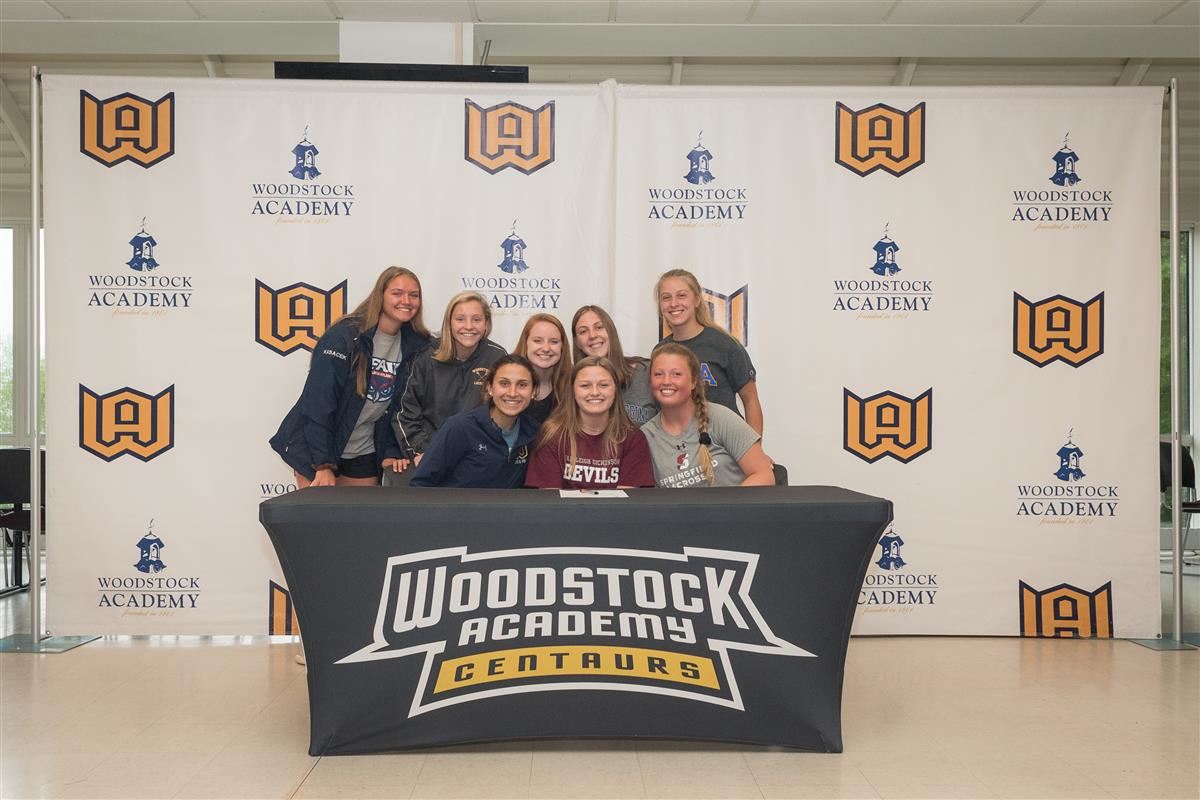 Emma Strandson admitted on her first day of practice as a freshman, she didn’t even have an idea as to how to hold the stick.

Now, she will play for Simmons College in Boston.

Hannah Chubbuck will put on the uniform of Salve Regina University in Newport, R.I.

“Chubs, we’re going to miss you in the front field, your sense of humor and how you were always there with a smile and ready to go,” said Woodstock Academy field hockey coach Lauren Gagnon during the event.

“This senior class of female athletes are some of the strongest that (Woodstock Academy) had in a significant amount of time,” Singleton said.

There were three male student-athletes in attendance.

“I’ve had the pleasure of coaching Luke for three years and he’s a great young man and a great competitor. Whatever he does in life, he’s going to do well because he has worked hard,” Woodstock Academy baseball coach Brian Murphy said.

Blake Kollbeck will be an offensive or defensive lineman on the football team at Utica College in New York.

“I was looking for academics and they have a cyber-security (major) there and I’m really excited to get my bachelor’s there. It’s a new field, a high-demand job and I’m excited to go up there and play,” Kollbeck said.

Kollbeck said, in addition to playing football for the Centaurs, he has taken advantage of the strength and conditioning program offered by coach Brendan Ostaszewski at The Academy. 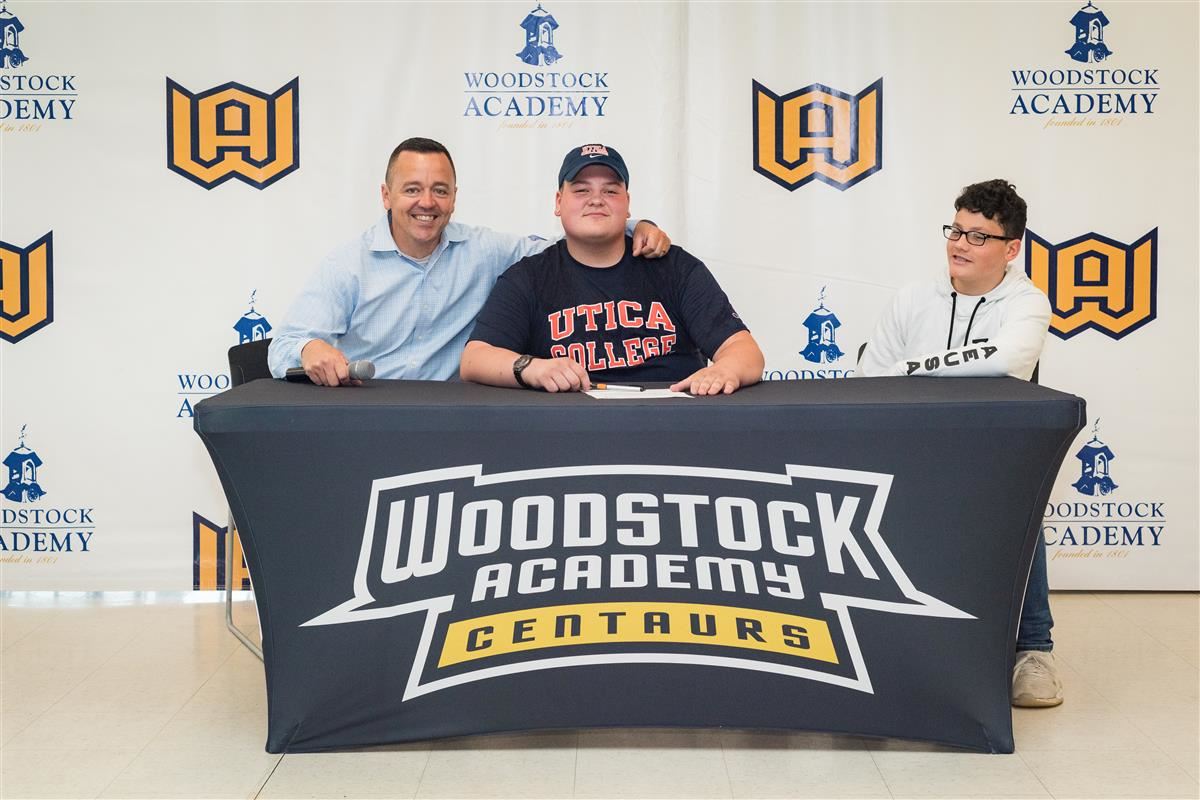